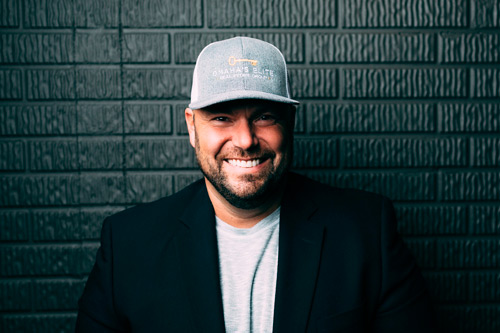 Keller Williams’ driving passion and purpose to keep agents at the heart of every real estate transaction has impelled the company to invest $1 billion in the most innovative technology the industry has ever seen. That’s one of the main reasons that Jeff Cohn and his team – the No. 1 team at Berkshire Hathaway HomeServices – have joined Keller Williams.

Cohn’s company, Omaha’s Elite Real Estate Group, is a force. The 35-person organization went from 70 to over 700 unit sales in just six years, and has collectively sold nearly 5,000 homes for a staggering $1 billion in sales volume. Cohn blasted into real estate in 2006 as the Rookie of the Year in his hometown of Omaha, Nebraska. In the years that followed, in addition to creating a high-performance team, he used his expertise to expand into other related ventures. Cohn now owns an elite coaching company and a handful of other integrated businesses, runs a weekly podcast, and regularly puts out business-building content on YouTube.

Now, he’s bringing his enthusiasm, energy, and expertise to Keller Williams. Here’s why.

Technology That Serves the Consumer and Protects the Agent

Cohn is impressed with how Keller Williams is working toward an end-to-end consumer experience and fighting for the future of the industry. Using the most cutting-edge technologies, such as artificial intelligence and predictive analytics, the company is building products in-house for agents and consumers alike.

“Advanced technology will play a major role in mitigating the clunky components of a real estate transaction; from the pre-approval and home search to negotiating and executing contracts … all the way to the closing process. Keller Williams continues to innovate technology that keeps the agent in the driver’s seat over all aspects of the transaction, all in one place. The consumer, along with all associated businesses, will have access to the same portal.”

Cohn entered real estate because he wanted to be his own boss without a ceiling on how much he could make. In his 13 years in the business, he’s built an empire. Five years ago, he achieved a 7th Level team and shifted his focus to the creation and development of ancillary businesses.

Keller Williams continues to innovate technology that keeps the agent in the driver’s seat over all aspects of the transaction, all in one place.”

Keller Williams is renowned for encouraging growth without limits. With the company’s support, Cohn wants to duplicate his success by launching 100 expansion teams over the next five years.

“Keller Williams is the only environment in the real estate industry that understands commission splits that work with an expansion network. Other big brokerages just can’t seem to make expansion work with their model. Keller Williams captures what my vision of a team looks like. It’s the only firm that will allow me to accomplish this strategy.”

A Culture of Giving

Cohn is beyond a big thinker and remains passionate about helping others reach their own bold goals and brave dreams. It’s another reason why he doesn’t believe in ceilings. Being the best he can be in every aspect of his life gives him the platform and the opportunity to give back abundantly.

“Most traditional brokerages want their agents to continue producing the same amount of sales year after year, never reaching their full potential; it’s a scarcity mindset. On the other hand, how many books has Gary Keller published over the years to help empower not only his agents and staff, but millions of entrepreneurs across the country in all walks of life? The quote on the cover of The Millionaire Real Estate Agent says it all … It’s not about the money, it’s about being the best that you can be and reaching your full potential.”

Other big brokerages just can’t seem to make expansion work with their model. Keller Williams captures what my vision of a team looks like.”

Much like Keller Williams pours into agents, Cohn devotes most of his time developing others and sharing expertise and powerful perspective through coaching, his popular YouTube channel, and his top-rated team-building podcast. “I’ve always said that true leaders serve their followers by giving them the ability to be just like them.”

Cohn concludes, “Keller Williams emphasizes coaching, consulting, business mastery, and now, technology! It’s a winning combination as we enter the next decade, and I’m all in. I’m casting my vote that KW is not only going to be the best place for me and my team; I think KW is the best place period.”

Take Your Career to The
Next Level